Two fly-overs have been constructed since 10 July 2017 at a new link for expressways A6 and A7 near Joure in the Netherlands. For their construction, the company Haitsma Beton 80 delivered two imposing precast HIP girders. The elements have lengths of up to 50 m. Two public viewing platforms at the A6 in Haskerhorne had offered the public the possibility to observe the spectacular logistic efforts.

Haitsma Beton delivered precast girders for seven civil-engineering works, among them two large fly-overs. These road bridges have an arc radius of 450 m. Every fly-over consists of five spans with eight girders. The largest spans have a length of 50 m. The construction company Gebr. Van der Lee is responsible for implementation.

Bonestroo describes transportation of the 80 girders to the construction site within two weeks, without significant interference with traffic, as a considerable logistical challenge: “Girders were erected at night. In week 28, we worked above and alongside the western roadway. One week later, construction measures were continued above and alongside the eastern roadway of the A6. The roadways involved were closed for traffic during erection. This took place based on the 3-0 system, with traffic in one direction being routed through one lane, while two lanes were still available in the other direction. During rush hours, all lanes were open to traffic. During the day, the 3-0 system was again used to provide the already mounted girders with reinforcement and a pressure layer. In other words: we had to reroute traffic anew four times a day. In addition, lanes were closed for traffic for short times to lift the girders from one side of the road to the other.”

Haitsma Beton first transported the girders for four spans by truck to Heerenveen for temporary storage. From there, they were transported to Joure and unloaded at their final destination. Bonestroo: “We transported the girders for the six spans on the eastern side to the Sint Nicolaasga exit, where we then reversed direction. Lifting procedures were carried out by Haitsma Beton in collaboration with the company Sarens; erection followed with the aid of two 700-ton cranes.”

Der HIP girder is an I-section girder especially developed by Haitsma Beton for the engineering works market. It can be executed with crosswise post-tensioning, in-situ concrete connections, or a pressure layer. For the Joure triangular expressway junction, pressure layer technology was used. To achieve the arc radius of the fly-over, Gebr. Van der Lee und Haitsma Beton jointly developed a special solution. Bert van den Berg, Project Manager at Haitsma Beton, reports: “On the upper side of the peripheral girder we installed a kind of variable butt strap that follows the radius of the road bridge. Van der Lee subsequently affixed its peripheral elements made of composite material to the girders so that the fly-overs look as if horizontally curved. That solution is much more economical than, for example, a horizontally curved bridge deck made of box girders.”

Haitsma Beton was furthermore commissioned by Gebr. van der Lee to deliver all the driven piles for the various engineering works. These are piles of 15.75 to 21 m length, with square cross-section (450 mm).

Bonestroo describes the advantages of the collaboration with Haitsma Beton: “The reason that we choose Haitsma Beton was the favorable cost-benefit ratio – and of course the fact that the manufacturer is located nearby. Apart from Haitsma Beton, there are only a few companies capable of manufacturing girders of that size.” 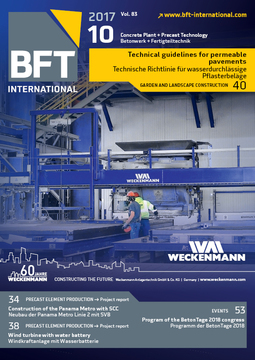 Conversion work commenced in late 2016 to extend the width of the two existing horizontally arched box-girder bridges at the northern part of the Holendrecht expressway junction in the Netherlands....

Markt Wendelstein is a Franconian community in Germany located close to Nuremberg, through which the Sperbersloher Street runs with many intersections. The right-of-way regulations were not entirely...

To relieve the lift bridge across Van Starkenborgh Canal in Zuidhorn, Netherlands, of some of its load and to remove traffic congestion, municipal authorities designed a new, 152 m long bridge with...

With the type of  folding bridge developed at TU Wien another Austrian innovation does exist that saves costs and time in the implementation of infrastructure projects. Two bridges are being...