In many German and European cities, air quality is an enormous problem. In addition to much-discussed fine particles, it is, above all, the oxides of nitrogen (NOX) and volatile organic compounds (VOCs) which seriously impair air quality in our cities. The absorption of nitrogen dioxide through inhalation – with an associated potential for harm to the respiratory tract – is of particular relevance to human health. According to [1], long-term exposure to external air NO2 concentrations of 10 to 80 g per m3 results in the more frequent incidence of complaints and diseases of the respiratory tract such as coughs, bronchitis and impaired pulmonary function. People living on roads with high levels of traffic are particularly endangered. In addition, the oxides of nitrogen, in association with the VOCs, in near-ground-level layers are the precursor substances of ozone, which is also a health hazard. 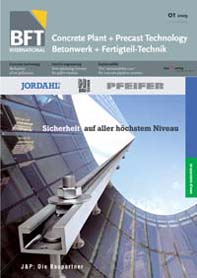 Compliance with the limits set by the EU for nitrogen oxides is still posing a challenge for cities and municipalities. Contrary to measures such as driving bans, which have a negative impact on...

Photocatalytically active house paints and paving stones improve the air quality of cities. The inhabitants of cities and urban areas have to struggle with air pollution every day. Especially nitrogen...

In the city of Dortmund, mitigating environmental impact has always been high on the agenda, even before the European Union imposed the new annual mean limit of 40 µg/m³ for nitrogen dioxide across...

In densely populated areas smog and nitrogen oxides are a major problem. Even if the road traffic density slightly slackens during summer holidays, the situation remains tense. Using AirClean paving...