With the official completion of the transaction with Lafarge and Holcim, Lafarge Deutschland is member of the CRH Group with immediate effect. At the same time, the name Lafarge has been replaced in Germany by the name Opterra, which is immediately effective for all former Lafarge locations in Germany.

“We are glad to be one of the eleven new members of the CRH Group since the 1st of August 2015. With an annual production capacity of 3.5 million tons of cement, we are one of the leading cement producers in Germany,” the company‘s website states. Opterra is manufacturing 40 different types of cement at four facilities located in Karsdorf, Wössingen, Sötenich and Neunfahrn. The portfolio, furthermore, includes services in the fields of application support and advice, sales, quality and logistics.

The changes in Germany are part of the agreement between CRH plc and the companies Lafarge S.A. and Holcim Ltd. On February 2, 2015, CRH announced that the Group had agreed with Lafarge S.A. and Holcim Ltd. to acquire certain assets worth 6.5 billion euros from the latter companies. As reported by a current press release, the transaction is complete now, with the exception of the Philippines where the acquisition of the assets is expected in the 3rd quarter of 2015. The transaction more than doubles the cement production volume of CRH and will further expand its aggregates and ready-mixed concrete portfolios. 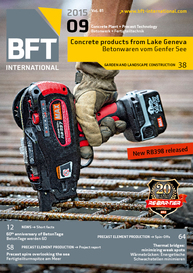 Disposition of company assets in the USA

Lafarge announces the sale of its cement, concrete and aggregates assets in Missouri and Oklahoma to Eagle Materials Inc. for $445 million. The assets sold include cement plants in Kansas City...

At the beginning of April, Holcim and Lafarge announced their intent to combine the two groups in a merger of equals. Both boards of directors backed these plans unanimously. The product and service...

Lafarge announces it has reached an agreement with Elementia to combine their cement assets in Mexico. Lafarge will bring its two plants of Vito and Tula for a total capacity close to 1mT, while...

Change in the Management in Germany

As of August 01, 2012, Danilo Buscaglia took the lead of Lafarges management in Germany. Thus, he became successor of Ulrich Aumüller, who will perform new activities within the Lafarge Group after...

Lafarge: Joint Venture in the UK

Lafarge and Anglo American announce the completion of their 50:50 joint venture which combines their cement, aggregates, ready-mix concrete, asphalt and asphalt surfacing, maintenance services, and...