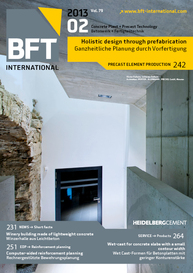 Welding lines for any type of mesh

Eurobend GmbH offers a comprehensive range of mesh welding lines for the production of any type of mesh used in precast operations and in the construction sector in general. In addition to the broad...