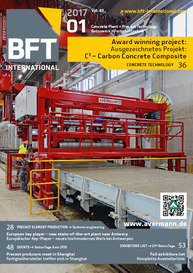 Process and apparatus for demolding and palletizing cast concrete blocks

Process for the manufacture of a shaft bottom

Since the introduction of the REACH regulation (European Chemicals Regulation), an increasing number of chemicals that formerly contributed to the dimensional stability of polyurethane molds are now...