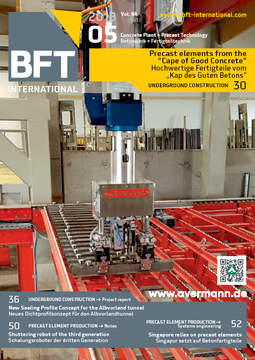 The world of building meets in Dubai

The award of Expo 2020 to Dubai has boosted construction activities in the entire Emirate. The estimated overall value of project activities for developing the Expo site amounts to around USD 4...

This year, the Middle East will be the strongest growing construction market in the world. Dubais government is currently realizing projects worth 8 to 9 billion dollars for the Expo 2020 alone. New...

BIG 5 Dubai has been providing reliable and deep insights into the construction market and whats happening in the Middle East for nearly forty years. With almost 60, 000 visitors and 2, 500...