With a passionate kick, the “Three Lions” from England made it again into the final of a major tournament, for the first time since 1966. Apart from the early knockout of the German team in the round of sixteen, some other joint favorites were eliminated early – the European Football Championship 2020 which, owing to Corona, took place only this year, had some surprising sides.

This made it all the more difficult for the participants in our EM betting game to correctly predict the results of the games. Who would have thought that the round of sixteen would also be the end for the reigning European Champion Portugal and/or for the Netherlands, already in the preliminary competition? Or that outsider Denmark as “master of the hearts” would, after the shocking collapse of one of their players, Christian Eriksen, during the first round of the tournament start, would get all the way to the semi-final – or that the young “La Furia Roja” from Spain would become the rage without the really big names?

The fortune of the brave

Despite all of these surprises, in the end not only the new European Champion Italy asserted themselves on the field, but three winners of the betting game as well. With great skill and readiness to take risks they achieved the highest scores out of the total of 320 participants: i.e., 127, 125 and 124 points. The third place had to be decided by random draw because two bettors had equal points.

Interestingly, 46.3 % of the participants in the betting game had favored the French team to become European Champion, while only 3.9 % believed in the Squadra Azzura.

The first prize, an iPad, goes to smiling bunny “schmunzelhase.” The second prize, an original Euro Cup ball, goes to “silv.” And the third prize, a Euro Cup jersey of the DFB team, was won by “jaspy.” The betting sponsors Remei and Wasa, as well as the entire team of BFT International, sincerely congratulate the winners. We wish them much fun with their great prizes. 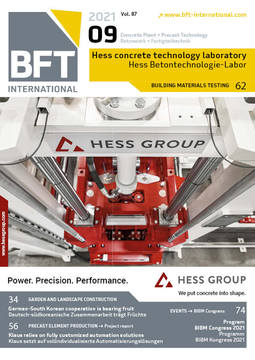 Underdog Croatia reached the final. Tournament favorite Germany, however, had to book their flight back home already after the group stage. The 2018 FIFA World Cup in Russia was full of surprises...

Winners of Euro 2016 Tip Game have been established

The UEFA Euro 2016 recently concluded after four weeks packed with excitement. As we all know, Portugal landed their first ever European Championship, while the German team was defeated in the...