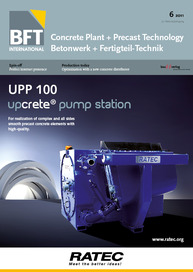 The precast industry is hard-pressed to explain exactly what happened. Since 7 April its official: the German Precast Concrete Federation (BDB) will disband. Having fought so hard and unanimously...