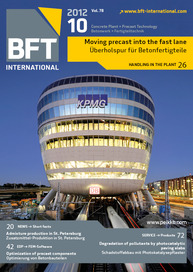 A method for the production of polyurethane precast concrete panels